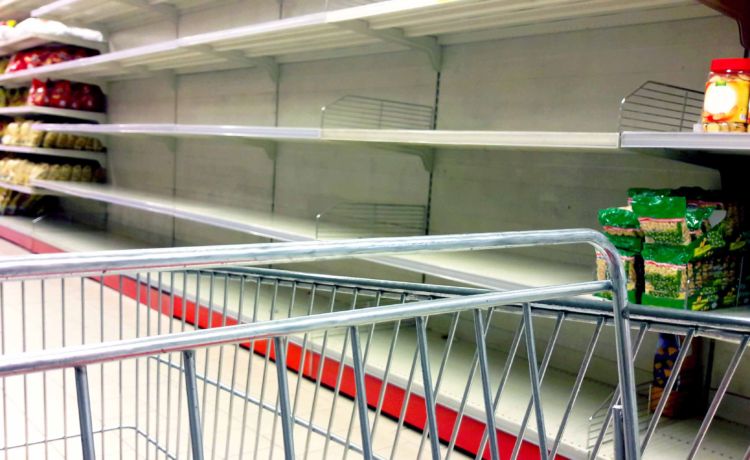 Our Company
September 20, 2017
by Shawn Tuckett

Hurricane Irma pushed Florida’s grocery stores to the brink. The week leading up to the hurricane, swarms of customers descended on stores grabbing water and non-perishable items. Watching Irma’s long, powerful march toward Florida for more than a week taxed supplies, giving shoppers a reason to stock up on a big scale. Shelves were empty of staples days before the storm even hit the Florida peninsula.

Store operators agreed they had never dealt with a storm that impacted nearly the entire state, leaving 60 percent of Florida without power and some communities with wind and flooding damage. Even a full week after the storm, some stores still have empty spaces and shortages of basic items.

These stores worked tirelessly to make sure people in their area had what they needed in the midst of the storm.  Many employees, managers, and owners worked around-the-clock to accommodate the public.

And then the storm came.

Some stores couldn’t operate because of power outages. When they were able to reopen, much of their perishable food had spoiled. With 6 million people now on the roads to return to their homes, trucks carrying new inventory struggled to reach their destinations.   The same stores that sacrificed so much to provide for people, found themselves being hit with their own loss.  Still, many of those same stores are generously providing whatever they can to people who lost everything in the storm.

Some heroes are obvious.  Others are easily overlooked. Grocers, we are grateful for the service you provide every day to meet the basic needs of humanity; but, we feel especially thankful for the way that you take care of people in times of devastation and loss.  We had to take just a moment to recognize the value of what you do.  We are honored to work alongside you.

Are you following Webstop on Facebook?  Don’t miss the latest news!

You've just taken the first step toward digital success. You will hear from someone on our team soon.